Biblical Tithing for the Christian?

In the Law of Moses the children of Israel were commanded to tithe as part of the offerings to support the Levitical priests. Learn whether God says this pertains to the Christian today.

“The tithe is the only law that passed through the cross of Calvary and is still in effect today.”

When I heard these words, they were not only unsettling but also to the point of being grievous. If I could only see the look on Jesus’s face when someone claims His work of fulfilling the Law at the cross was incomplete.

Is Jesus’s work on Calvary incomplete?

Is Malachi 3 really for Christians and even Jews today?

What is the Christian really supposed to do about giving?

Is God pleased with our giving out of obligation? 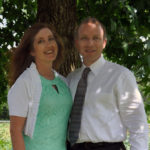 Matthew Dell is a licensed and ordained minister. Since 1996, he has been ministering the message of the Father’s love through his powerful testimony. Matthew has spent many years in Orlando, Florida, with various praise-and-worship teams as a percussionist. Matthew felt a calling from the Lord to move to Tennessee from Orlando in 2012. He and his wife, Leslie, live in the Sequatchie Valley area in Tennessee. Matthew has had the opportunity to minister in a variety of denominational churches for the past twenty years. His desire is to bring unity to the body of Christ and equip the church for the work of service. E4 Ministries, Inc. was formed in 2015 as a cross-denominational ministry. E4 Ministries believes in the Holy Word of God, the unconditional love of the Father, the full authority in the name of Jesus, and the unlimited power of the Holy Spirit.

“How can God demand and command us to give 10% of our money to ‘Him’ (the local church) or curse us if we do not? It was as if God said ‘I freely give salvation and healing, but you must give Me 10% of your income in order for Me to bless you’.”

“The tithe is the only law that passed through the Cross of Calvary and is still in effect today”. When I heard these words they were not only unsettling but to the point of being grievous. Rather I felt His grief and pain to a degree. If I could only see the look on Jesus’s face when someone claims His work of fulfilling the Law at the Cross was incomplete.”

“Abram never gave a tenth out of any of his increase or income. He gave a gift out of the spoils of war. The financial blessing to Melchizedek came from the return of the possessions that originally belonged to the kings of Sodom and Gomorrah. Abram then returned the remaining spoils to the King of Sodom.

Abram was rich and blessed before he gave the tenth of the spoils to Melchizedek and before the covenant that God made with him.

There are no reviews yet.

Be the first to review “Biblical Tithing for the Christian?” Cancel reply